THE BEST TRAVEL GUIDE TO…

Essential guides to traveling anywhere in the world!

Turin For Tourists: The Top 3 Locations

Visiting Italy? You’ve got to check out Turin. One of the most elegant and beautiful cities in the world, Turin is a lush paradise of architecture, beautiful squares and avenues. Home to Italy’s most successful football club, and a whole host of other luxuries, this is one city you don’t want to miss out on! So what are you waiting for? Come with us, on our tour of Turin for Tourists: the top 3 locations!

Located in the centre of Turin, the former Royal Palace is a thing of absolute beauty. Don’t be fooled by the exterior of the building, the inside truly is a palace fit for a King. In the building you will 26 of the best decorated apartments you’ll ever see, and one of Italy’s most impressive libraries! Plus, you’ll also find the Royal Armory. If you are a history lover, you’ll adore this exhibit. Containing one of the largest and old collections of armour in Europe, the splendour of the palace brings tourists from far and wide. Make sure you are one of them!

Next up, we’ve got the famous Mole Antonelliana. Constructed in 1863, the building is one of the most recognisable landmarks in all of Italy. Take a trip up to the top of the tower, and get an incredible view over the city and the hills that surround it. At the venue, you can take a heartstopping ride up the glass elevator, and finish with a look caround the National Museum of Cinema. There’s no building quite like the Mole Antonelliana!

We finish our tour with a trip back in time. Porta Patalina is one of the only remaining landmarks of the four entrances to the Roman City of Augusta Taurinorum. It remains one of the best kept Roman artifacts in the entire world, and stands as an imposing symbol of what once was. It’s also a testament to the incredible skills of the Romans, who constructed the entire wall out of brick and polygonal brick towers. Quite an achievement! 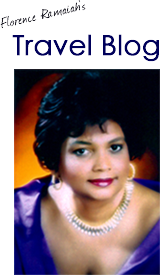